Essential Aids recently had the opportunity to help landmine victims in the African country of Uganda.

Decades of conflict mean huge parts of the landlocked nation are contaminated by landmines, frequently causing serious injury when they explode.

Victims often lose limbs, leaving them crippled and without means of self-support.

Without domestic medical help, their situation is a harrowing one and it was with great pleasure that Essential Aids was able to help with the supply of crutches to some of the victims.

The Uganda Landmine Survivors Association is a charity set up to help such victims and we were delighted to donate crutches to the cause.

They have very kindly produced a report detailing how the crutches were distributed and telling the stories of some of the recipients.

One of those who recieved the crutches was 70 year old Mohammed Ule.

He survived a mine blast which cost him his left leg above knee in 1979. 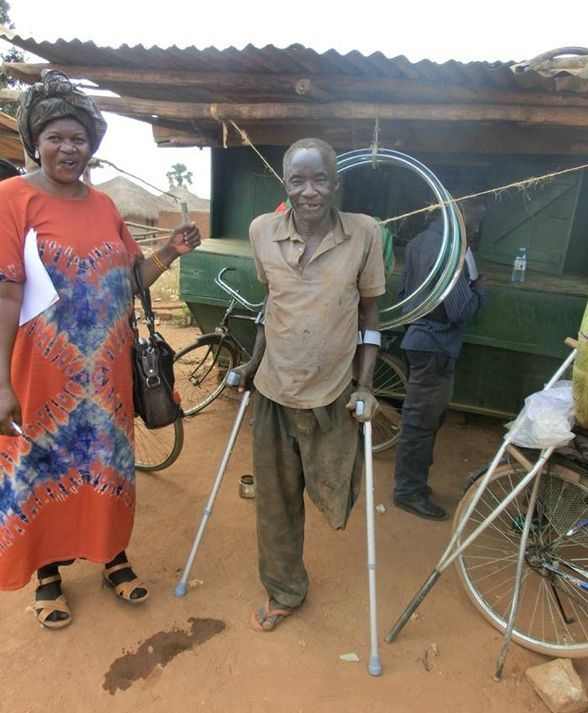