The Evolution of Crutches - From Ancient Egypt to Bill Clinton

Using equipment to help us undertake daily activities is an increasingly impactful part of modern society. It is a fact that people on average are living longer and this comes with its own challenges. In other words, as medicine makes breakthroughs in areas of serious disease, we have a reduced chance of dying until later in life.

The knock-on effect of this is that while there is an ever reducing chance that serious illness will kill us, living longer may mean we exist with relatively minor injuries or ailments for longer periods.

As a result, walking aids and general pieces of mobility equipment are becoming more relevant, with their potential to help us retain independent movement despite illness or injury.

While you might think of mobility aids as relatively modern, their use actually dates back many centuries, even millenia. Carvings on Egyptian tombs from as long ago as 2830 B.C. depict figures apparently being supported by shaped staffs which have echoes of modern-day crutches.

Popular literature set in the early 1800s features characters who walk with the crutches. Tiny Tim in Dickens’ Christmas Carol is one such example.

Crutches are not the only walking aids which are pictured within the arts of the past. First Century terracotta figurines in the British Museum show people supported by what appears to be some sort of frame.

The notable Dutch artist Hieronymus Bosch, among his compositions of religious stories and ideas, features what looks like a walking frame in one of his paintings.

A walking aid is also shown on the 14th century embroidered clothing of a deacon. The image depicts Jesus or the Virgin Mary apparently using a wheeled walking frame! The embroidery has been on display as part of Glasgow’s Burrell Collection.

Early types of crutch-like supports would have been a suitable length of wood which could fit under the arm and provide mobile resting support as the person walked. This evolved into what might be described as a ‘T-shaped’ crutch which had a horizontal crossbar at the top of a long vertical wooden shaft.

Developing from using pieces of wood which happened to have the right characteristics to be useful, early purpose-made crutches moved from a T-shape to more of a V-shaped design. Hardwood of an appropriate length would be split towards the top of the shaft and braced apart with horizontal sections.

This ‘V’ split would create the underarm part of the crutch, with a place for the hand at the bottom of the split, and the top section nestling in the armpit. While unpadded and basic, these crutches did the essential job of relieving weight from the user’s legs, instead channeling it through the upper body.

Without the use of such devices, mobility would be almost impossible for those with significant leg or hip immobility. Nevertheless, their hardwood design was unforgiving on the body, so the next stage was to develop a little more in the way of padding.

Leather strung across the top of the crutches was the first step, making the contact under the arms less harsh. This later developed into a padded section, usually filled with horse hair, again using leather as the contact material. Later, the handle was also padded out in the same way.

Hair from the horse’s tail, with its firm fibres, was the material of choice for furniture padding, so lent itself to padding out crutches as well.

Invention and development of ‘forearm’ crutches

In 1917 Emile Schlicke patented the first pair of ‘forearm’ crutches for commercial sale. Schlicke was an engineer from Nancy in France but the crutches were initially mass produced in New England, USA.

His design involved a slanting top section and a metal cuff which surrounded the user’s forearm and a protruding handle at hip height. It was widely used throughout the first world war, when the demand for such mobility aids was unprecedented.

Soldiers recovering from wounding on the battlefield, broken legs and ankles as well as lesser sprains, ligament tears and a host of other injuries, benefited from using crutches as they attempted to regain mobility.

Anders R Lofstrand Jr is the man attributed with making the next technical advance in crutch design. His family were Swedish immigrants in the USA, with the family having a successful saloon and restaurant business. He departed from this and his father invested in Lofstrand Jr’s manufacturing company.

In World War II, the firm won several lucrative government contracts and in 1945 it filed an application to patent an adjustable version of Schlick’s original design. Lofstrand’s most significant alteration was to make the forearm and lower shafts of the crutches adjustable in length, allowing them to be set to fit the frame of the individual user.

In the event, the patent was not approved until 10 years later, two months after Lofstrand died of cancer aged just 42. Despite this, forearm crutches are still referred to as Lofstrand crutches in many parts of North America. They may also be referred to as ‘Canadian’ crutches, possibly because of the design’s popularity in Canada.

In the USA, forearm crutches still seem less popular than the underarm or ‘axillary’ alternative. The reasons for this are not clear, but in the states it seems forearm crutches may suggest treatment of a permanent disability, while underarm models do not. Whether it is this or some more subtle effect of long term marketing, it remains so across much of the country.

Another development came in the 1950s, in the shape of renowned designer Thomas Fetterman, again in the USA, this time on the east coast in Philadelphia.

He used crutches after suffering from polio in 1953 and after completing his design degree set about designing the best possible forearm crutches.

He made his models using titanium and invented innovative shock-absorbing rubber feet, which substantially improved user comfort. Much later, in 1997, Fetterman gained considerable attention when then-President Bill Clinton ordered a pair of his special crutches.

In modern-day settings, crutches help the rehabilitation of a similar list of ailments and are routinely prescribed by the NHS in the UK and across the world through other health services. Essential Aids supplies a wide range of the highest quality, including axillary and forearm crutches.

The essential purpose of crutches is as a balancing aid and to reduce the load born on your legs and lower body. They are typically used as walking aids when a person has a weak leg, foot, hip or knee. Those with an unstable gait may also find them beneficial.

They are typically used when a person is unable to channel the usual weight through an injured leg, whether fully or partially.

Crutches facilitate movement when the person is in an upright position. As they recover from injury, it may be that they are able to transmit more weight through their injured leg, gradually reducing the reliance on the crutches.

If possible, many people like to achieve movement from an upright posture, rather than using a wheelchair.

It is worth remembering that using crutches as walking aids requires someone to have adequate upper shoulder and arm strength to propel themselves forward safely. They must also be sufficiently balanced and coordinated. This requirement may make them unsuitable for particularly frail or elderly individuals.

While there are others available, the two types of crutches in popular use now fall into two categories.

As touched on above, these are the most commonly found models in the USA but are less popular in Europe. Modern versions are made of aluminium, which keeps the weight down and is rigid in use.

Axillary, or ‘Axilla’ as they are sometimes known, are height-adjustable via a pin-clip mechanism in the lower vertical shaft. In most cases, the height of the hand-grips may also be adjusted.

One issue which often crops up with this type of crutch is pinching of nerves in the armpit. This comes about if the user rests their weight through this area of the body, rather than the hands as intended.

When sizing this type of crutch, a gap of two to three inches should be allowed above the top pad and the armpit.

As well as the vertical lower section, the upper shaft also adjusts for length. These different settings mean they can be set very precisely for the individual using them.

This type of crutch is also smaller and lighter than the underarm models, making them easier to manoeuvre, transport or store.

They feature a handle at about hip height, along with a cuff which goes around the forearm. This cuff can be either ‘open’ which gives it a wider curvature, or ‘closed’ which means it is tighter around the arm. The latter has the advantage of preventing the crutch falling to the floor even if the handle is not being held.

While both have their devotees, it seems the Lofstrand or forearm crutches are currently in the ascendency across the globe. They require slightly more arm and wrist strength than underarm models, but they’re usually easier to use and don’t jab into your ribs. 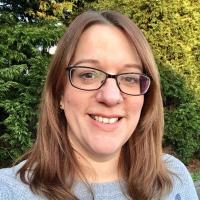